Hi there, and welcome to Runehunt.com!

RuneHunt is a game where we combine many traditional rpg elements with the smooth and easy gameplay known from the idle game genre.

In RuneHunt, you take control of a lone lost soul and make your way through the mysterious world of RuneHunt (RuneHunt/Colhart?). You will always find something new and exciting each time you play, or get rewarded when you return to the game after a few days break. You will encounter dangerous monsters, find powerful magical weapons and armor, develop your character’s skills and abilities, and get to know the strange people of Cattenwall.

Your primary objective in the game is to restore the “Runestone monolith” of Cattenwall, an old relic from the past, and bring it back to its former glory by finding lost rune fragments. By restoring the magical Runestone monolith, you will help defend the town and make it safer. Each rune fragment used to restore the monolith will gain you more power and boost your abilities and skills to new Heights.

The game is still in its early development stages and it will be getting updates frequently, so check back often!

RuneHunt will be out on android and ios in the near future.

These elemental spirits, also known as otus, are mysterious self aware beings with their own thoughts and plans. Most Otuses are generally harmless and Very little is known about their origin but it is said that they are somehow linked to the power of the Runestone monolith. 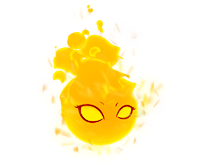 Winter is coming… (like always during this time of the year)

Grab your little fireball friend to keep warm in the frozen land of [insert name here], or become involuntarily chilled to the bone.

There was a dark and stormy night… Just outside the town of Pentele, there was a small abandoned house that once belonged to a wizard.

Inside the house, hidden on a crooked shelf, there was a locket, a very old and mysterious locket. The storm and the surrounding trees shook the house causing the old locket to fall…

The locket had originally been made to imprison two magical beings, each the very opposite of one another.

Over the time of countless years, the evil spirit had grown stronger by consuming the good spirit’s life force, leaving the other one weaker.

When the locket hit the floor, the imprisoning spell was dispersed and the locket sprung open. The stronger evil spirit violently forced itself out and began posessing any living creatures to do his bidding and to cause havoc.

Luckily, the good spirit was also released from the locket, but as it was weaker it was unable to defeat the posessed creatures and was forced to flee outside the house.

Being chased by an army of insects and small vermin, the good spirit flew out trough a small crack in the wall. The creatures made quick work of the rotten wooden structure but their pursuit came to a quick end when suddenly, seemingly out of nowhere an unconcious body fell on them squashing them.

The spirit now owed the person its eternal gratitude

As both of the spirits had the ability to posess…

We are working on a HTML5 game, here is a teaser: